THE TRUTH ABOUT THE TRUTH 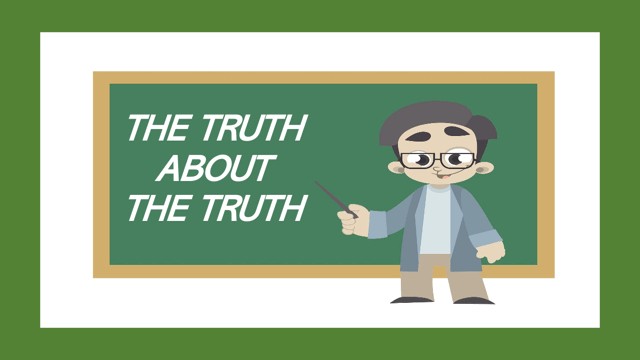 One of the first casualties of any political discourse seems to be the truth. Every interest group claims to speak the truth. Some view truth as a flexible concept, malleable by the feelings of individuals. Others view truth as unchangeable, immutable, and absolute. Still others believe that truth is whatever they want it to be, unfettered by evidence to the contrary.

Which approach to truth is correct? Without delving into a lengthy philosophical discussion, where can we find the TRUTH about the truth? Is it even within the province of man to define truth? Society cannot endure which is not based upon THE truth, so knowing and understanding the source of truth is of extreme importance. Jesus said “and ye shall know the truth, and the truth shall make you free.” (John 8:32) Freedom in our nation cannot endure without knowledge of the truth, and accepting its’ value as the ultimate arbiter of political disputes.

THE TRUTH OF GOD

Poe Leo X said “Truth cannot contradict truth.” Truth that is manufactured to approve the desire of those who wish to rebel against the laws of God can never be THE truth. No matter how many laws Congress may pass, no matter how many judges may legislate from the bench, it is the Truth of God that will stand, and the nation that embraces His Truth will long endure. It has become clear that we are in a struggle for the soul of our nation, which in many ways has become disconnected from The Truth. Since the elections of 2016, we have been afforded the opportunity to reclaim our country from years of progressively invented “truth”, and have a final chance to arrest our slide into moral relativism. Though we are suffering the cultural cataclysm of the manufactured truth of man, the Truth of God can yet prevail.

So what is the Truth of God? Jesus addressed this in John’s Gospel. In John 17:17, He said “Sanctify them through thy truth: Thy Word is TRUTH”, and in John 14:6 He revealed “I am the way, the TRUTH, and the life: no man cometh unto the Father, but by me.” Here we see the Truth of God defined by the only man qualified to define it: Jesus, the Truth Himself. He states without qualification that scripture, the Word printed in the Bible, is THE TRUTH. In order to know the truth about any political or societal issue, they must be evaluated through the lens of the Word of God, not the reverse. Whatever the Bible says, both New and Old Testaments, is the truth about abortion, homosexuality, trans-genderism, illegal immigration, taxes, and all other issues facing our society.

THE LIGHT OF TRUTH

George Washington said “Truth will ultimately prevail where there is pains taken to bring it to light.” As believers continue to hold fast to the Word of God and declare it to be THE truth, the light will shine in the darkness. The invented truths of men will then be exposed as lies, as John 1:5 declares “The light shines in the darkness, and the darkness can never extinguish it.” Let us continue to speak the truth, and trust God to restore our nation to His Truth. God’s Word convinces me Absolutely that we will have Absolute Victory in restoring our country to the Absolute Truth.