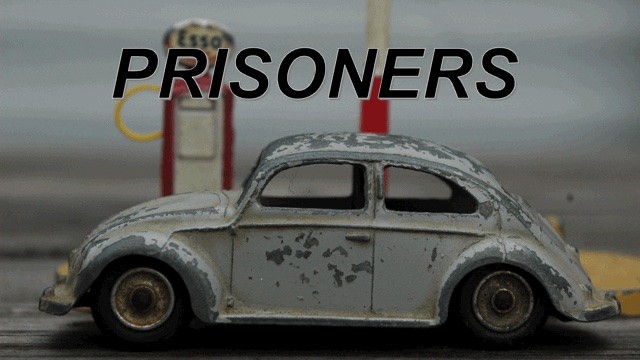 One of my favorite movies of all time was released by Walt Disney in 1969. Starring Dean Jones and Michele Lee, it is a classic family flick. Unlike the live-action remakes of other classic animated “DISNEY” films released over the past several years, the Love Bug contains no LGBTQ story-lines or characters, and does not push any un-biblical cultural agenda. It tells the tale of a Volkswagen Beetle come to life, who helps a defeated and dejected race driver find victory on the track and in love.

In one scene, Herbie, the Volkswagen, takes control of things and conveys the male and female leads against their will to a drive in restaurant. When the feisty Bug parks next to a Hot Rod with a hippie at the wheel, Michele Lee begins to beat on the passenger window and tell the Hot Rod driver she is trapped and a prisoner. Without hesitation, the sage hippie responds “We all prisoners chickee baby, we all locked in.”

While expressed in common vernacular, the drivers statement is true. All human beings are prisoners, and are locked into prisons of their own making by the choices they make in life. It should not surprise us that people live lives contrary to God’s Word and Will: they are prisoners of what they have chosen to believe. The cultural upheaval we see on the streets of our nation is one example, the lies and distortions of the media and politicians are another. We have come to a place in our nation where feelings equal reality, and truth is the casualty. Jesus said in Matthew 6:23 “…if the light you think you have is actually darkness, how deep that darkness is!” People have imprisoned themselves in darkness, and do not see the light of the truth. Jesus told Nicodemus, a ruler of the Jews “And the judgment is based on this fact: God’s light came into the world, but people loved the darkness more than the light, for their actions were evil.” (John 3:19)

There is yet hope for those who walk in darkness and believe it is the light. Paul wrote in Galatians 3:22 “But the Scriptures declare that we are all prisoners of sin, so we receive God’s promise of freedom only by believing in Jesus Christ.” Jesus is the light of the world, and brings release from deception and darkness to all who believe on Him, accept His Words as truth, and live by them. Jesus frees prisoners on every level. There are those who walk the corridors of penitentiaries, who because they have chosen Jesus, are truly free. There are also those who walk the streets openly, yet are the prisoners of darkness.

Paul, who for a time was a prisoner in Rome, understood this. He wrote “For everyone here, including the whole palace guard, knows that I am in chains because of Christ. And because of my imprisonment, most of the believers here have gained confidence and boldly speak God’s message without fear.” (Phil 1:13-14) Paul knew that even though he was bound physically, he was free in Jesus. Having this attitude, he inspired others to proclaim the truth. The Gospel cannot be hindered: the truth will always prevail.

Michele Lee’s character was liberated from the Volkswagen and found peace and joy in life. No one has to live a life “locked in” to a darkness of their own choosing. Jesus is the key that unlocks the prison door of darkness in our lives. I’m so happy to say that in Jesus, ” We all free chickee baby, we all been set free!”