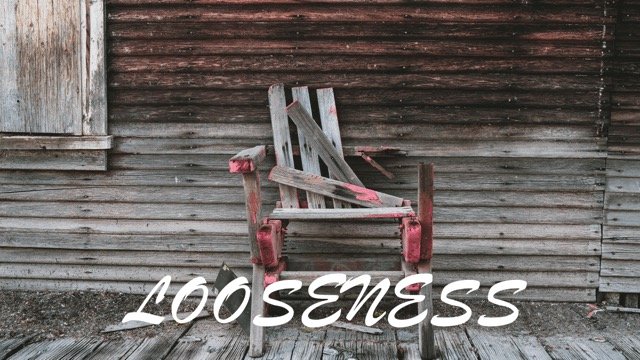 From time to time, I have written about the decline of our culture. Judeo– Christian culture has been under assault in the United States of America for some time, but most rapidly in the years following World War II. The challenges we face here seem small when compared to the cultural degradation of Europe. Christianity flourished in Europe until the latter part of the 19th century when liberal and progressive forces began to control its social and political systems. The countries of Europe have now reached a state where the cultural value system is no longer based on a reverence for God and the rule of law. If we do not desire for our country to become like Europe, then we must take a stand for the truth.

In order to combat the atrophy of our culture, we must understand the reason for its decline. The reason for, and the solution of the problem can be found in Proverbs 29:18. “Where there is no revelation, the people cast off restraint; But happy is he who keeps the law.” When there is no comprehension and respect for a future directed by God, people fall upon their own devices. The Hebrew word here translated “cast off restraint” is more literally translated “loosen”. . When human beings lose sight of the Word of God and the future it promises, they become loose in their attitudes and actions. The world has become “loose”, and now believes that anything goes. There is looseness in speech, looseness in morals, and looseness in commitment to God and His word. I saw a recent example of this on a widely circulated Facebook post which said “I love Jesus, but I cuss a little’. While I understand that people become angry and say things they should not, I do not believe Jesus has the same attitude. He might say “I love God, and I only speak words of life”. (John 6:63)

Some might say “I love Jesus, but I’m living with someone outside of marriage”. Jesus would say “I love God, and I will not commit adultery” (Ex 20:14) Others might say ” I love Jesus, but I think gay marriage is OK “. Jesus would say ” People do not live by bread alone, but by every word that comes from the mouth of God.’* (Matt 4;4) A lifestyle approved by God will be supported by His word. Even others may say “I just think that it’s about love, and shouldn’t people be able to love each other any way they want? ” However noble and inclusive those thoughts may be, there is one fundamental problem: Homosexual behavior is declared to be sin in both the Old and New Testaments. Since Romans 6:23 declares that “the wages of sin is death”, do we really want to assure people who are committing sin that there are no consequences for their actions, all in the name of love?

There are those who may read this and say “Pastor Ramon, you’re not being loving, you’re being judgmental” if I understand love, then I know that God IS love. One of the qualities of love, and therefore a quality of God, is found in 1 Corinthians 13:6, The scripture here says love “does not rejoice in iniquity, but rejoices in the truth”. God is only capable of speaking the truth, and he is only capable of acting in love. When he says something to us in the Bible, it reveals His love, and His truth. Knowing this, there can be only one conclusion: What God says in the Bible is true, and if what we think and feel and how we act is contrary to the written word, then we cannot be truly showing love for others.

The desire to show love from man’s perspective is one of the ways our culture has become “loose”. In order for our nation to be blessed by God, we must “tighten up”. Believers in Jesus and His word can no longer seek cultural relevance by becoming more and more like the world. We must find God relevance, by becoming more and more like the Word. Over the past 50 years, the church as a whole has lost its voice in matters of culture. We have not taken a vocal and prominent stand on many issues because of the desire not to offend. None of us desire to be offensive, but if we do not speak the truth, those around us in the bondage of sin cannot find salvation and deliverance.

Paul addresses this in Romans 10:14 “But how can they call on him to save them unless they believe in him? And how can they believe in him if they have never heard about him? And how can they hear about him unless someone tells them? In order for those around us to discover a relationship with God, they must see in us the evidence of that relationship, and respect us for telling the truth. We do not condemn the world. We speak the truth, and live our lives in submission to God’s Word. Only the truth will help people find their way out of darkness into the light. As Jesus said, “And you shall know the truth, and the truth shall make you free.” (John 8:32) When we eliminate loose thoughts, attitudes, actions and speech by “tightening up” our relationship with the Word, we become fully equipped to show the love of God. The pure and true love of God NEVER fails, and only those who understand what love really is experience victory and freedom in life. Just something to think about!