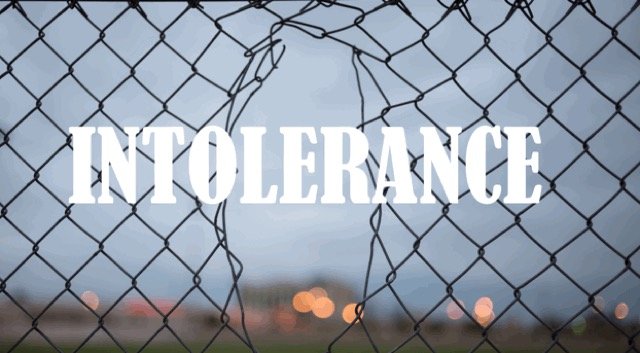 As most of you know, I am a Christian. I am not in any way ashamed of the Gospel, the Good News about my Lord and Savior Jesus of Nazareth, Who is the Christ. I can also say without apology that I am an American, and grateful to God that He allowed me to be born in this great country. I do not believe that He loves me more than anyone else in this world just because I am an American, but I am thankful to live in a nation where I can openly declare my love for Him.

We live in a time when American values are under assault from without and within. The values that have been passed down to us from our forefathers are based on Judeo-Christian tradition, and are enshrined in our Constitution, particularly in James Madison’s greatest work, the Bill of Rights. Christians in our country embrace freedom of speech, freedom of religion, and freedom of the press. Accused constantly by liberal elites in media and politics of intolerance, Christians are in fact the most tolerant individuals in our United States. While we do not find pleasure in the decay of biblical morality, we do not force others to believe the way we do. Unlike others who wish to use the courts to police our very thoughts, we do not care what others do in the privacy of their own homes. We do care, and will say so, when the real forces of intolerance on the left demand that we agree with and publicly support their immoral and un-American agenda.

A case in point can be found in the excuses made by the left for Radical Islam, which is not only intolerant of Christians, but of the lifestyles of its’ own apologists. Those who accuse the United States of causing Islamic terror would quickly become its’ victims if they lived in places other than our country. They certainly are free to believe and say whatever they want, but only in a nation that was founded upon and remains committed to Judeo-Christian values. Most seeking to excuse or ignore Radical Islam cannot even call the wanton murder of innocents in the name of Allah what it clearly is: Radical Islamic terrorism.

There have been suggestions, even proclamations from officials of the previous administration in America and politicians abroad, that we accept acts of Islamic terror as normal, a part of daily life. A sort of “into every life a little terror must fall”. It is unfortunate that most of Europe and even the U.K. are suffering for their “tolerance” of Radical Islam and its’ inevitable offspring, unbridled and unshackled terror. Sadly, it may be too late for Europe to turn the tide of terror, because they refuse to acknowledge the problem. After every attack, candles are burned and moments of silence observed, but tea lights and silent vigils cannot defeat satanic Islamic terror.

WE CANNOT BE SILENT

Even if it is too late to change the course of terror abroad, there is yet hope for the United States of America. We must never accept terror and the murder of innocents as normal. We cannot silently stand by and allow our nation and its’ citizens to become regular victims of Radical Islamic terror. Christians and Jews are both familiar with the Wisdom of Solomon as recorded in Proverbs 24:11-12 “Save those who are being led to their death; rescue those who are about to be killed. If you say, “We don’t know anything about this,” God, who knows what’s in your mind, will notice. He is watching you, and he will know. He will reward each person for what he has done.”

For too long we have welcomed into our nation those who do not wish to embrace American values. We have accepted into our midst many who desire to harm us, not help us. Our borders should be closed to individuals whose true intent in coming here cannot be verified. When President Trump acted to secure our borders, liberal activist judges thwarted his lawful orders. Mr Biden refuses to secure our border, even as thousands of illegal aliens from from all over the world cross daily. By these and other actions, the left is refusing to rescue in advance our citizens who could become the victims of terror, and there will be a price to pay. God grant us mercy.

As Christians, we cannot be quiet on this issue. To be silent, and act as if we do not know what can happen without control of our borders will not eliminate our responsibility before God. We must act in advance to protect the innocent in our country. Let us pray for our nation and our leaders. Let us demand that those in authority act immediately to secure our borders, and identify and interdict Radical Islam and other terror groups inside them. We must do this. We cannot delay. Our nation, our culture, and our lives depend on it.