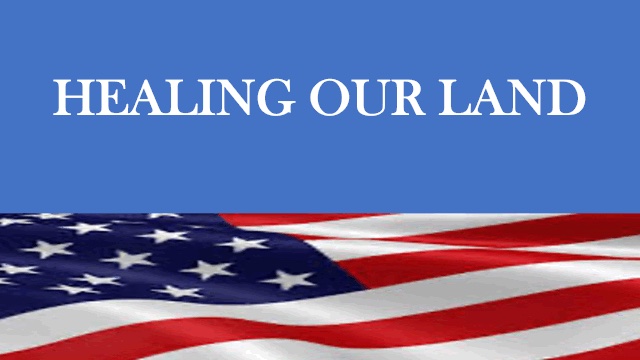 As a pastor, I endeavor to share with you the truth of God’s Word, and not my opinion. I must answer to the Lord for the things I say about Him and what He expects of us. I never take lightly my responsibility to encourage, exhort, and help those who listen to live successful and fulfilled lives. I am grateful that we live in the United States of America, where we are still free to worship God, and also free to speak our minds.

I do my best to avoid political statements, but it seems the need to address the decline of our culture often has political overtones. If the following paragraphs offend you, I ask your forgiveness. When Paul addressed the Corinthian church concerning an important cultural issue, he said “…This is my opinion, but I believe I also have God’s Spirit.” (1 Cor 7:40b) As I address issues of our culture not explicitly addressed by the Bible, I adopt the same conviction, knowing that “I also have God’s Spirit”.

THE THREAT TO OUR CULTURE

When the Assyrians conquered Israel, they deported many Israelites and resettled them in their own and other nations. Once the Israelites were removed, they populated the land with their own citizens and those of other nations. The Babylonians did much the same when they defeated Judah and Benjamin and destroyed Jerusalem. The Assyrians were ancient terrorists.The Babylonians we’re not much better. In removing Jews from their homeland and replacing them with others of different cultures, they had one goal in mind: annihilating the culture and values of the nation of Israel. Those who moved into the ancient borders of Israel kept their own culture, and their own religion. The culture of the nation of Israel was destroyed.

Prior to World War II, the nations of Europe were Christian, and embraced Judeo – Christian values and culture. In the past 30 years, the open border policies embraced by European countries have allowed a mass migration of Muslims. These followers of Islam have not integrated into the culture of their new countries. They have not become “French”, “Belgian”, “German”, or Dutch. They have fiercely retained their identity as Muslims, which is not just a religion, but also a political movement with its’ own laws. They have no desire to assimilate. Their desire is to change the culture of European nations to an Islamic one, embracing Sharia law and the teachings of the Koran. The governments of the European Union have allowed this mass migration to continue unchecked in the name of tolerance. The result: the reign of terror now advancing at the hands of Islamic extremists thoughout the EU. Many many more Europeans are likely to die because their governments refuse to recognize the threat to their culture and very existence.

THE GOSPEL OF THE KINGDOM

I make no apologies for being an American. Our nation was founded by men and women who embraced Judeo – Christian culture and values. They looked to the scripture to determine the norms of private and public behavior. As I observe our nation today, those values are under assault from enemies within and without. An unchecked flow of illegal immigrants and “refugees” brings a flood tide of those who have no desire to become Americans. They do not want to accept our culture and become one of us. Most desire to keep their own language, culture, and religion. Our current leadership in Washington D.C. ignores this, and even promotes it in the name of tolerance and “multiculturalism”, Make no mistake: Multiculturalism is nothing other then an opportunity for the enemies of America and our Judeo ~ Christian way of life to impose their values and religions of communism and socialism upon us. If we do not stem the tide of illegal immigration and find ways to identify terrorists hiding among “refugees”, we will soon become like Europe. Large numbers of our citizens will die, and our national identity will be lost.

Some may be shocked to hear me make such statements, but I believe in speaking the truth. As Christians, we must take action to save the United States of America. We must repent and pray. 2 Chronicles 7:14 tells us “..if my people, who are called by my name, will humble themselves, if they will pray and seek me and stop their evil ways, I will hear them from heaven. I will forgive their sin, and I will heal their land.”

Even though I knowledge the challenges before us, I am also fully confident that America will prevail and fulfill God’s plan. I believe revival is coming, and I have read the back of the book, and I know we win! Not because of who we are in the flesh, but because of who lives with in us. Jesus Christ is King of Kings and Lord of lords, and Jesus is Lord of the United States of America. Our nation was created in order to spread the gospel of the kingdom. Let us take a stand for the truth, and defend our culture and our nation!