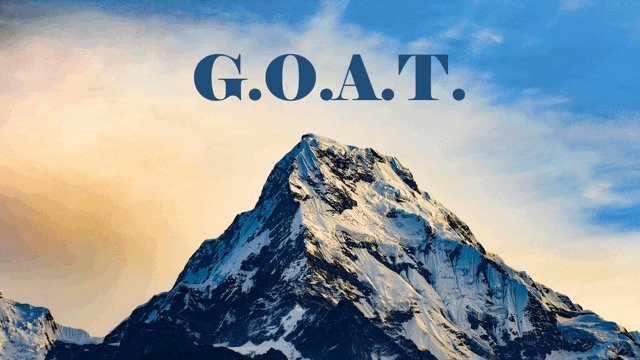 Muhammad Ali was one of the greatest prizefighters of all time. Some have called him the G.O.A.T. (The Greatest of All Time). He certainly considered himself the greatest, and many agreed with him. As a three-time world champion, he was accustomed to victory and the rewards that followed. He was successful in his career, and won many accolades.

Ali’s attitude poses important questions. Does success in one’s career and in this world guarantee success after death? ”Does greatness in this world matter, and what does God consider greatness? The first question is addressed by Jesus in Matt.16:26: “For what profit is it to a man if he gains the whole world, and loses his own soul? clearly it is possible to have success and be great in the world and never do the things necessary to ensure the salvation of the soul. Sadly, many “successful” men and women never do what is necessary to ensure success after death. Earthly rewards will pass away, and there is only one way to earn heavenly rewards. Jesus spoke in John 14:6 and said “I am the Way, the truth, and the life. No man comes to the father but by me.” All my success in this world means nothing if I do not gain heavenly success by making Jesus my Lord and Savior.

JESUS IS THE GREATEST

Since Muhammad Ali declared himself the greatest, it is important to evaluate that claim based on the scripture. In answer to my second question, Mark 10:43-45 tells us”Yet it shall not be so among you; but whoever desires to become great among you shall be your servant. And whoever of you desires to be first shall be slave of all. For even the Son of Man did not come to be served, but to serve, and to give His life a ransom for many.”

The Greatest Man that ever lived has a simple definition of greatness. To be great is to be like Him, and to become the servant of others. Jesus is the Greatest of All Time not because of the quantity of his accomplishments, but rather the quality of his service. His servanthood was obvious to all, and was first addressed to God His Father, and then to those around him. He recognized the two great commandments in saying “And you must love the Lord your God with all your heart, all your soul, all your mind, and all your strength. The second is equally important: ‘Love your neighbor as yourself.’* No other commandment is greater than these.” (Mark 12:30-31)

Since his passing two years ago , Muhammad Ali has full understanding of Who really is the greatest. If he were here today, he would tell you “I now know who is the greatest.” The final question for all of us his, do we?