Failure is NOT an Option 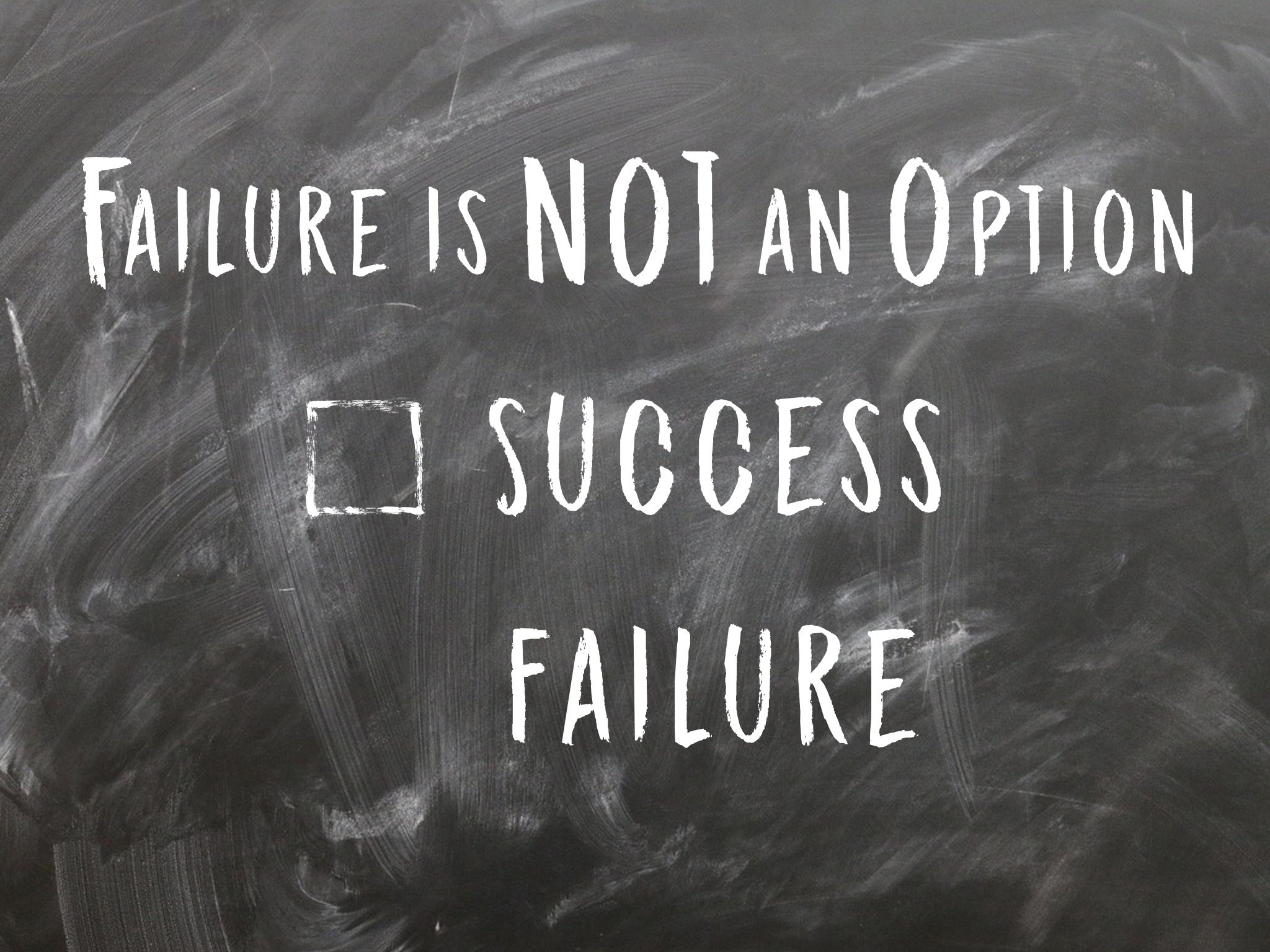 Life can pass out a few blows. Sometimes they are light brushes with negative circumstances, and other times they are seriously jarring events, events which are life-changing, even life threatening. Every person experiences challenges and setbacks that can leave them feeing like a failure in life. Feelings of failure can be transitory or permanent depending upon the individual’s response to the circumstances around them. We cannot control the circumstances around us or the actions of other people. We do have the ability to control our response to those circumcstances, and whether or not we become failures.

It has been said “if at first you don’t succeed, try again. When faced with the difficult task of creating the first lightbulb, Thomas Edison experienced many defeats. When questioned about the process, Edison said “I have not failed. I’ve just found 10,000 ways that won’t work.” He later stated “Many of life’s failures are people who did not realize how close they were to success when they gave up.” Having faced many challenges with the sometimes complicated products he developed, the great inventor learned an important lesson: it is impossible to be a failure if you never quit.

Jesus faced many opportunities to become a failure. He was constantly rejected by the religious leaders of His day, and was accused of being controlled by saran. The constant resistance to the message of His ministry and the hatred directed toward Him personally would tempt any man to quit. Isaiah well prophesied “He was despised and rejected-a man of sorrows, acquainted with deepest grief. We turned our backs on him and looked the other way. He was despised, and we did not care” (Isa 53:3) Despite the rejection Jesus experienced, He never gave up, and He never quit. He knew if he continued to do what God asked him to do, it was impossible for Him to be a failure.

When we experience the many challenges of life, we must decide that failure is not an option. If life knocks us down, we must choose to get up again. We may be knocked down, but if we get up, we have not failed, and we will not be failures. Jesus experienced the ultimate knockdown when He was crucified. He knew the cross was in his future, and He declared His resurrection prior to His death. He told His disciples “Behold, we go up to Jerusalem; and the Son of man shall be betrayed unto the chief priests and unto the scribes, and they shall condemn him to death, and shall deliver him to the Gentiles to mock, and to scourge, and to crucify him: and the third day he shall rise again. (Matt 20:18-19) Jesus refused to fail or have the mindset of a failure. He said “I will rise again!” “No matter what men do to me, I will not fail, I will rise again!”

Resurrection power is available to turn your defeat into victory, your sickness into health, your poverty into prosperity, and your failure into success. When you trust in the Word of God and refuse to quit, you cannot be a failure. Jesus never fails, and when He lives in your heart you have all you need to succeed. Failure is not an option. Never stop, never give up, and never quit. With this attitude, victory is assured, and it won’t take very long! Expect to win. Rise up, and become the success you were meant to be. You already have everything you need to succeed. Do it!